Kayvon Thibodeaux was the surefire number one selection for the Detroit Lions just a few weeks ago. However, the recent surge of Aidan Hutchinson has got many thinking that's not so much of a guarantee any longer.

In Michigan's upset win over Ohio State, Hutchinson was a key cog in shutting down Ryan Day's threat of hanging "100 on them". 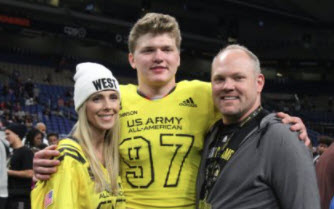 Hutchinson pressured QB C.J. Stroud a total of 15 times, which is obviously insane. 3 of which he got home on and registered a sack. The performance helped push Hutchinson as Michigan's all-time single season sack leader with 13 by surpassing LaMarr Woodley and David Bowens with 12 respectively.

This is ultimately great news for the Detroit Lions, to now have the ability to have their pick of the litter, so to speak. Does it make the decision more difficult? Probably, but that's a good thing.