In the Week 12 loss to the Falcons, the Atlanta defense generated 12 total pressures (mid-range) on QB Trevor Lawrence with 1 sack. In their game summary, PFF states: "Pass blocking looked pretty good from the line. They only allowed six pressures", meaning the remaining 6 pressures are credited elsewhere.

So if the OL isn't the problem, and we know that Atlanta's pass rush sucks - worst in the NFL in sacks and pressures, what's at issue? 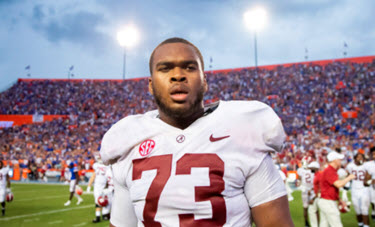 Lawrence's (23-42-228 yards-1 TD) Time-to-Throw at 2.97, was 4th highest on the week. We're continuing to roll with an OT in this week's mock (due to Cam Robinson's impending FA), but I submit to you that WR needs to be a top draft consideration. DJ Chark is a free agent, Laquon Treadwell and Tavon Austin are journeymen, and an under-developing Laviska Shenault spells trouble for 2022.