I've been talking about Dillon Radunz for over a year. He's getting rave reviews out of Titans' camp and I would expect him to be the team's starting RT. Radunz is a big time athlete at the RT position, and I expect him to be an immediate upgrade. The other standout in Tennessee's camp? Caleb Farley, the RD 1 pick in the 2021 NFL Draft, who I called at worst the second best CB in the entire draft. Farley and Radunz are the Titans' RD 1 and RD 2 picks from 2021 and it looks like they're going to be inspiring faith in the future of the franchise and in the personnel department. 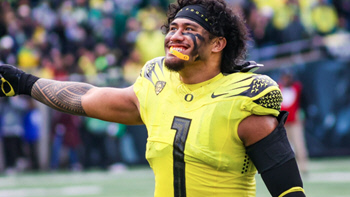 I expect the OL, DBs and DL to be strong points of the Titans' this season. Right now, WR, TE, or LB appear to be the Titans' biggest needs. I'm a huge Noah Sewell supporter, and grabbing him could push the Titans into elite defensive territory. This season, I'll take a very good ranking on the defensive side with a strong offensive line to help move the ball.