Fans were taken aback to some degree with this comment from their top draft pick Kavvon Thibodeaux: "There are no plays off in the NFL!". Is this to say that Thibo was accustomed to doing so at Oregon? 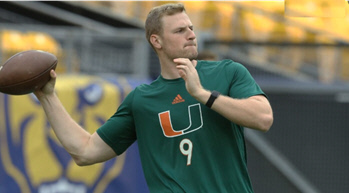 Most of the press involving the Giants' 2022 #5 overall pick was glowing, however. The same cannot be said about QB Daniel Jones and the offense. The team has surrounded Jones with an outstanding offensive line (on paper), and has invested heavily into ball-catching weaponry over the past couple of seasons, but the offense has been regularly bested by the D in camp. Still, there's optimism aplenty to be found.

Jones will need to shine in the 2022 season, else GM Joe Shoen and HC Brian Daboll will go fishing in the 2023 Draft for the Giants' version of Josh Allen.